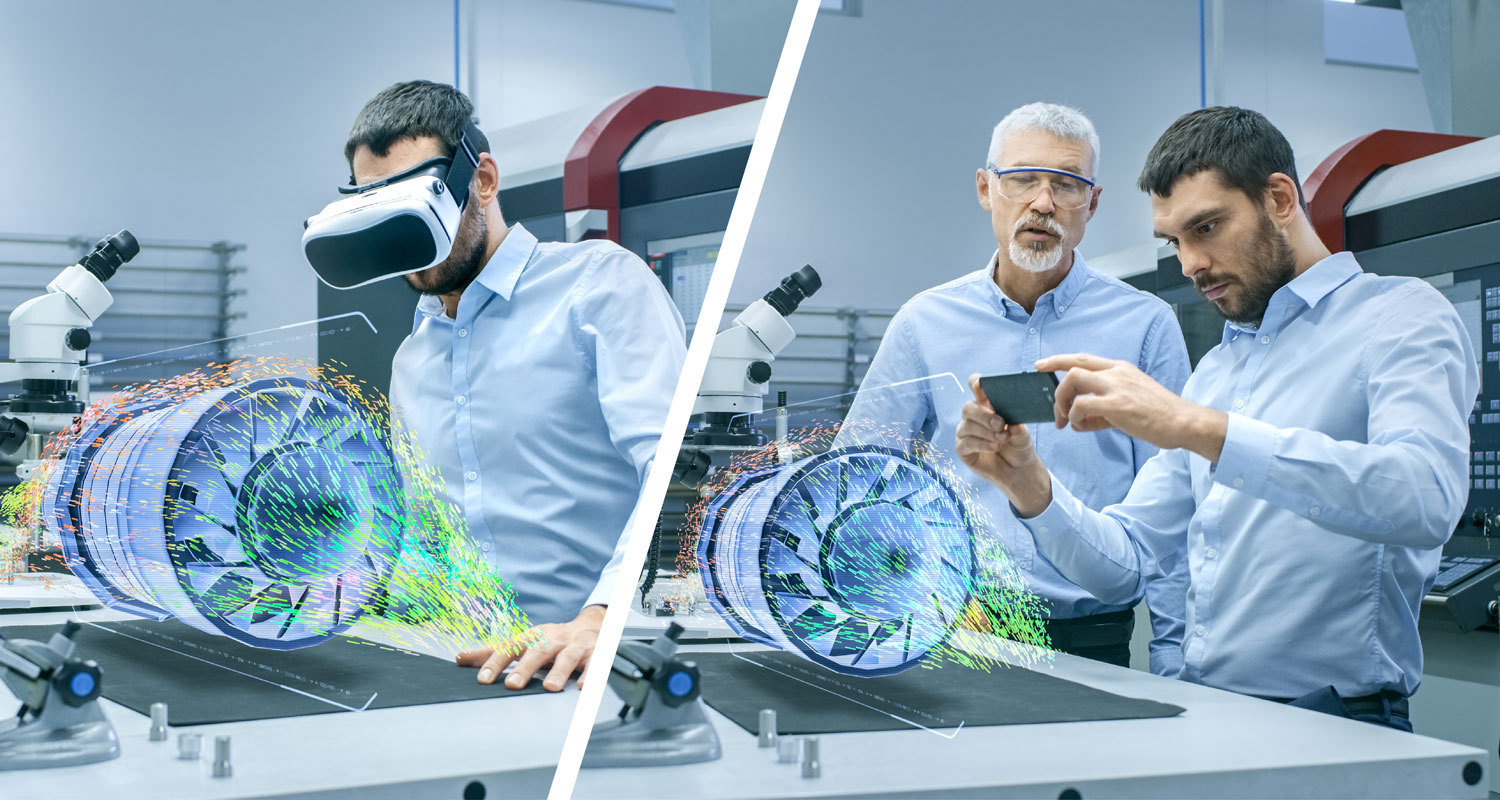 The terms “augmented reality” and “virtual reality” are used a lot these days, especially in the world of business, but what do they really mean? Some people use them interchangeably, to describe reality technology such as the Oculus Rift or the HTC Vive – but actually, there are differences that make them easily distinguishable from each other.

What is Augmented Reality?

In the Merriam Webster dictionary, AR is defined as being: “an enhanced version of reality created by the use of technology to overlay digital information on an image of something being viewed through a device.” So AR glasses and AR headsets are transparent, meaning you can still see everything that is in front of you while images are projected over whatever you are looking at.

AR is also used on smartphones so that you can track your surroundings using the camera on your phone and then additional information is overlaid on the screen on top of it. These overlays can be as simple as data overlays showing the time, or more complicated holograms.

The main disadvantage AR has, then, as compared to VR is that it does not allow for complete immersion. VR covers and replaces your field of vision with whatever is on the screen, whereas AR apps just show up on your tablet or smartphone screen which is a limited area.

What can AR be used for in business?

AR has many businesses uses and has been adopted more quickly than VR for business has—perhaps as there is no need to buy any additional devices to be able to use it. It is a great way for businesses to increase customer engagement with their brand, and it can really help to make the customer’s experience memorable. Many businesses have already started to create personalised AR content to help improve customer interaction.

AR is also a really useful tool for employee training—as it can help them deepen their knowledge and sharpen their skillset without taking them out of their normal environment.

What is Virtual Reality (VR)?

Merriam-Webster defines Virtual Reality (VR) as “an artificial environment which is experienced through sensory stimuli (such as sights and sounds) provided by a computer and in which one’s actions partially determine what happens in this context.” What this basically means is that VR is a fully immersive experience which completely takes over your vision and convinces you that you are somewhere else entirely.

Once you pop on a VR headset, your vision will be completely filled with whatever is being displayed, with the outside physical world being replaced by a virtual space. Most tethered virtual reality technology is based on six degrees of freedom motion (6DOF) which don’t just detect the direction you are facing but can also detect any movement you make in this direction as well.

What this means is that you can move around in a virtual space using virtual hands which is much more of an immersion experience than just standing still and looking in various directions. However, you do need to be careful not to trip over any cables connecting your headset to your computer when you are moving around!

What can VR be used for in business?

Again, VR has many businesses uses—as virtually any task that can be done in the real world can be simulated in VR.  Business processes to do with HR, marketing, finance, production and even customer services—either for training or for practical purposes.

VR offers your business the potential to enable your employees to carry out tasks without being present—incredibly useful at the moment when an increasing amount of people are remote working. The technology can also be used to model and interact with simulations of real-world objects as well—even objects that wouldn’t be considered feasible in real life.

What is mixed reality?

Another term that gets thrown in the mix sometimes, is ‘Mixed Reality.” It is a term coined by Microsoft as a way of describing its Windows 10 VR Headsets—but it really means nothing. Microsoft’s VR headsets are just that—virtual reality—although the technology involved comes from the Microsoft HoloLens Development Edition.

What are the differences between AR and VR?

As you can see, AR and VR offer two very different experiences in two very different ways, despite being very similar designs. AR adds to your existing reality by projecting information onto what you are already seeing—while VR replaces your reality by transporting you somewhere else. They are both powerful technologies that show a lot of promise and are only just starting to fulfil their potential.

We can’t talk about AR and VR without mentioning the Metaverse – a digital reality that is created through the social networking of devices. It is likened to a shared reality but can be an individual construct. It is comprised of vast amounts of information and increasingly interacts with the physical world. It is so much more than just virtual reality (VR) in fact VR is just the technology that provides an access point to the Metaverse. The Metaverse will become increasingly accessible to all of us as we continue to create new forms of connected devices, with increased investment in IoT and 5G mobile driving this.

If you want to discover what AR and VR can do for your business, please get in touch with the team at ebb3 today. We are specialists in VDI technology.