What is VDI, and how does it support digital workspaces? 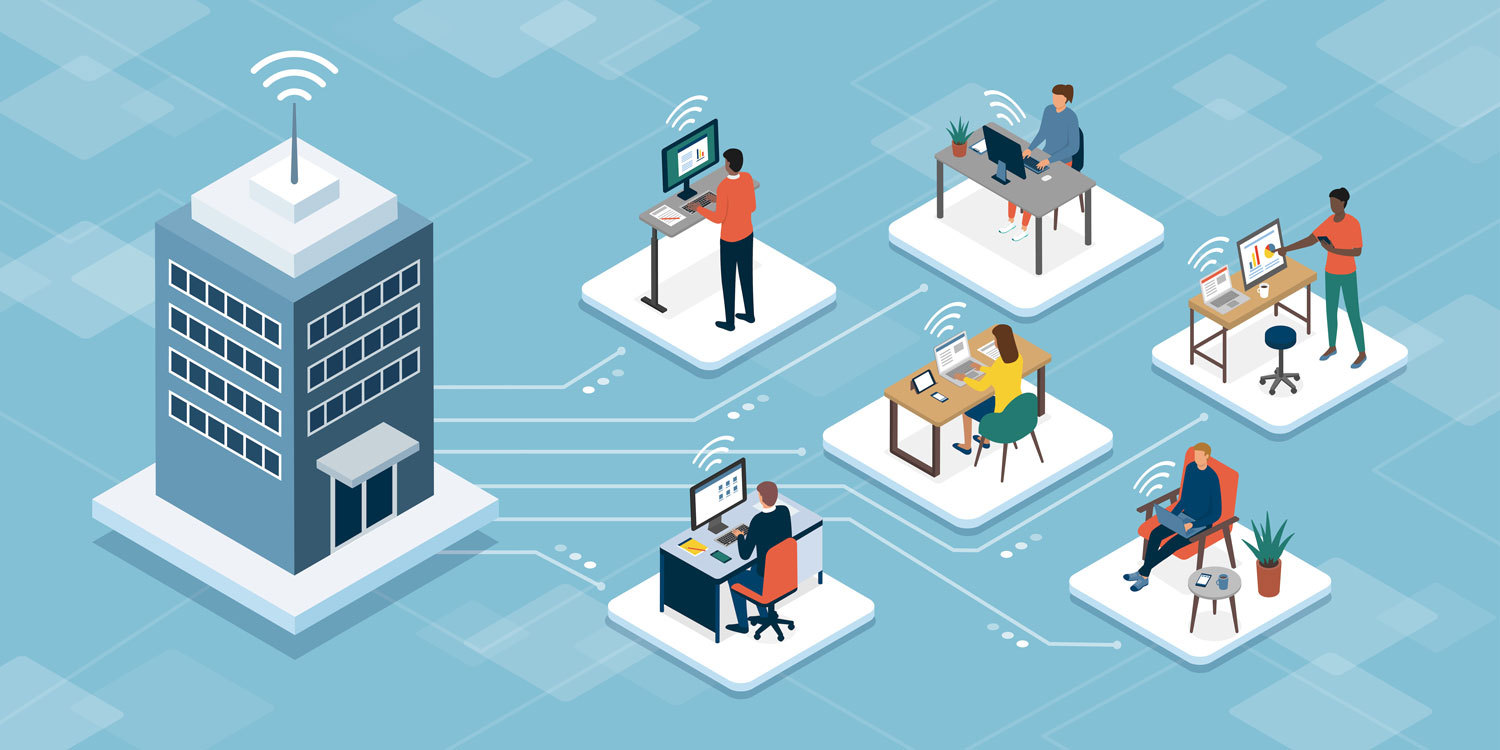 Here at ebb3, we help organisations make use of our technology specialisms. We can do this successfully when there is a bit of technological fluency or grasp of the systems and terms we use. This guide to VDI, therefore, is intended to provide an easy-to-understand overview of virtual desktop infrastructures as a commercial solution.

VDI is the acronym for Virtual Desktop Infrastructure. VDI is best defined as a software technology that allows end-users to launch software titles on a virtual desktop—which is run from a central server. It is also sometimes referred to as “desktop virtualisation.”

The term Virtual Desktop Infrastructure or VDI was coined by a company named VMW back in 2002 – but it was not adopted by any major players in the software industry until around four years later.

In 2008, VMWare released Version 2 of their first VDI solution, followed by Version 3 a year later. In 2009, Version 4 was released, which included the use of iPoPC technology to connect to virtual machines and servers – rather than the RDP technology it had relied on previously.

In 2010, Version 4.5 was released, most notably giving users the ability to have tiered storage —as well as PCoIP optimisations and support for Windows 7.

How does VDI work?

TechTarget refers to VDI working similarly as server virtualisation, which is: “a process that creates and abstracts multiple virtual instances on a single server.”

A simplified way to look at it is to break it down into the relevant characteristics of VDI employments, which are as follows:

As long as the infrastructure is working as it should, the end-user should be able to manage their OS, applications and data through remote access – in the same way as if they were running it locally. This also means that employees can access all information they need from practically any device they own, without the need for any specific hardware.

Virtual desktops can also be run alongside the many cloud, mobile and web apps that the majority of businesses rely on these days — meaning employees will have an experience that fosters increased productivity. Additionally, IT departments will deal with a reduced risk of unauthorised log-ins and avoid any silos.

Persistent deployment is therefore beneficial to businesses whose employees rely on fast-paced and complex workflows as it means they can easily pick up from where they finished. They also benefit from being able to personalise their desktop apps extensively, and so on.

Nonpersistent deployment is of use to those businesses with kiosks and task workers who don’t need to save anything, which can save on costs due to simplified data centre management.

What are the benefits of VDI?

The main benefits associated with VDI are:

VDI is a vital piece of technology which has its uses in many different types of industries. It is also versatile enough to be used as both a highly personalised digital workspace as well as a standard, non-persistent desktop.

Please get in touch with the helpful team at ebb3 to find out more about how we can enable your digital workspace to take place from any device, anywhere.